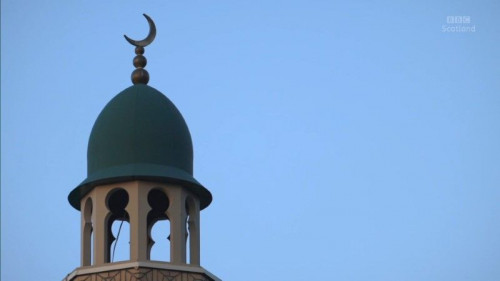 BBC - After 9/11: Scotland's Story (2021)
English | Size: 992 MB
Category: Documentary
On 11th September 2001, 19 al-Qaeda hijackers snatched control of four passenger jets and committed an act of terrorism, the like of which had never been seen before.

BBC - After 9/11: Scotland's Story (2021)
English | Size: 992 MB
Category: Documentary
On 11th September 2001, 19 al-Qaeda hijackers snatched control of four passenger jets and committed an act of terrorism, the like of which had never been seen before. As television images of the burning twin towers in New York spread around the globe, normal life ended for many people as a series of events unfolded that would change the world forever.

Using first-hand testimony, this documentary pieces together the seismic consequences that have been keenly felt in Scotland over the last 20 years, from the moment when the first plane impacted in New York, to the present day.

Among those in Scotland whose lives were immediately affected were those in the Asian communities. As early reports suggested that those behind the attack were 'Islamic' and 'extremist', acts of racism became more common, more violent, and religious in nature. Muslims were suddenly faced with a very real and frightening backlash as they came under suspicion, were physically attacked, and their mosques were fire-bombed.

Yasmine Chaudhry was attacked on a bus only two days after 9/11, with her attacker smashing a glass bottle over her head after making it clear that he was doing it because of the attack.

Amjid Bashir was verbally attacked at McDonalds the next day. He had just attended Scotland's biggest vigil for the victims when another customer suggested that a bullet should be added to his burger so his head 'would be blown off'.

The reaction was swift and unsurprising, and within a month, the US and UK led an invasion of Afghanistan to dismantle al-Qaeda, hunt down its leader, Osama Bin Laden, and remove the Taliban from power. The war in Iraq, just over a year later, was not so easily justified and huge protests sprung up against it. Campaigner Osama Bhutta was one of those who spoke at the Stop the War march outside Glasgow's SECC while Tony Blair was giving a speech inside. He felt crushed when the coalition, again led by the US and UK, went ahead and Scottish troops found themselves embroiled in two wars thousands of miles from home.

Rose Gentle lost her 19-year-old son, Gordon, when he was killed while on a routine patrol in Basra. After his death, she became a strong opponent of the war in Iraq. The inquest into his death concluded that it was through the failure of the UK government to provide adequate equipment, that her son died.

Dave Devenney, a veteran Royal Marines Commando from the Falklands War in 1982, experienced both wars in Afghanistan and Iraq. Scottish journalist David Pratt also saw both wars first hand. As foreign affairs editor for the Herald, he had reported from Afghanistan extensively from the days of the Russian occupation to the rise of the Taliban and had met Osama Bin Laden while there.

Despite the war in Afghanistan, terror campaigns continued, throughout the US and Europe. In 2005, the 7/7 bombings wreaked bloody havoc on London's transport network, and two years later in Scotland, the people inside Glasgow Airport narrowly avoided a similar fate when it was attacked by two men in a burning jeep laden with explosive gas.

During this period the Muslim population of Scotland continued to feel the pressure of racist, violent and verbal attacks. Paramedic Araf Saddiq was verbally abused by patients who said they didn't want to be treated by him as they thought he might be a terrorist.

It is thought that up to a million people may have died in the US War on Terror and the campaign, which is now the longest in US history, is only now coming to a chaotic end in Afghanistan, after almost 20 years. Yet despite these many traumas, and attacks that have continued since then, some feel that Scotland's experience of terrorism and its aftermath has not brought about the severe splits and division that might have been expected.