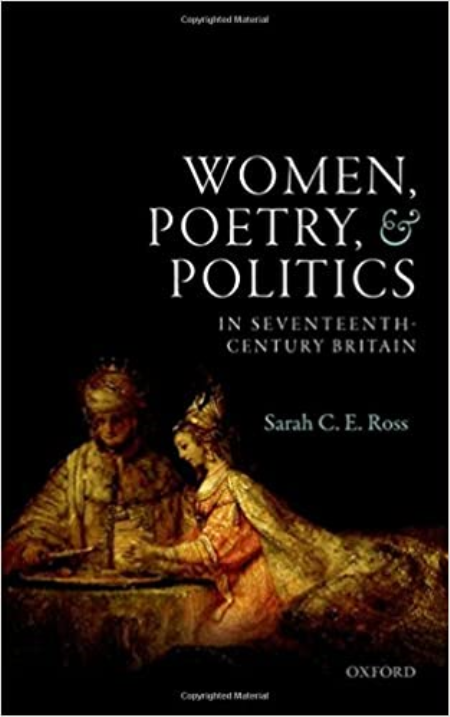 Women, Poetry, and Politics in Seventeenth-Century Britain offers a new account of women's engagement in the poetic and political cultures of seventeenth-century England and Scotland, based on poetry that was produced and circulated in manuscript.​
Katherine Philips is often regarded as the first in a cluster of women writers, including Margaret Cavendish and Aphra Behn, who were political, secular, literary, print-published, and renowned. Sarah C. E. Ross explores a new corpus of political poetry by women, offering detailed readings of Elizabeth Melville, Anne Southwell, Jane Cavendish, Hester Pulter, and Lucy Hutchinson, and making the compelling case that female political poetics emerge out of social and religious poetic modes and out of manuscript-based authorial practices.

Situating each writer in her political and intellectual contexts, from early covenanting Scotland to Restoration England, this volume explores women's political articulation in the devotional lyric, biblical verse paraphrase, occasional verse, elegy, and emblem. For women, excluded from the public-political sphere, these rhetorically-modest genres and the figural language of poetry offered vital modes of political expression; and women of diverse affiliations use religious and social poetics, the tropes of family and household, and the genres of occasionality that proliferated in manuscript culture to imagine the state. Attending also to the transmission and reception of women's poetry in networks of varying reach, Sarah C. E. Ross reveals continuities and evolutions in women's relationship to politics and poetry, and identifies a female tradition of politicised poetry in manuscript spanning the decades before, during, and after the Civil Wars.